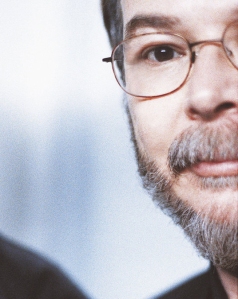 Walter Becker died today. He was 1/2 of Steely Dan, the other half being Donald Fagan, whom I have tickets to see, coincidentally, on the 16th of September, 2017. I wondered why Donald was performing solo, all of a sudden. It felt as if those should be Steely Dan shows. Having seen Steely Dan — Walter and Donald together — last June, 2016 at Shoreline, gave me an inkling why it was that Walter was missing from these latest concerts. He looked unwell at that show, and I had a bad feeling…, and it has turned out worse than I thought.

Steely Dan’s music has pulled me through all of the sorrows and joys of my life, almost from as long ago as I can remember. Their first hit — Do It Again — came out in 1972, the year I turned 10. I adored it then and adore it today, for all of the same reasons, whatever those reasons are.

I can’t recite the reasons to myself. At least, I haven’t been able to articulate them. But there is a bridge that Steely Dan’s music makes to a land of breath and freedom, in my mind. There is almost no rock-star posing or tired-old cliché. If you have ever seen these two guys live, you know that public speaking was never their strength. But it is a different story with their music. And “stories” are what they wrote — little worlds inhabited by characters caught up in events that, above everything, play out along our imperfections as human beings: hopes unattainable, love unrequited, relationships tainted, individuality revered for the freedom it suggests and for the snags, along the way, that it will always bring.

There was cleverness in the words, humour where you least expected it, slang phrases concocted that were believable; a Burrows’esque universe of language, a Chandler’esque burlesque of failure and loss; sophisticated character studies of unsophisticated personalities caught up in their ill-advised adventures of love, illusion, money, and of being what we think we want to be, which is often not who we really are.

In short, stories of the panoply of human failure waiting for us as we try to achieve the greatness we think we deserve, if only in our own minds.

Anyway, as I said, I can’t explain it.

But I do know what the music made me feel and think. Walter is gone, but we are, thankfully, left with so many examples in song of his unflinching eye that was honest about the flawed experiment of us all living, working, loving, and losing. In the end — when that end does come — it is always a loss. We are born to lose, in that sense. And it is terrible to have lost Walter, so young at 67.